Vanacular: A Project for the 55th Venice Biennale 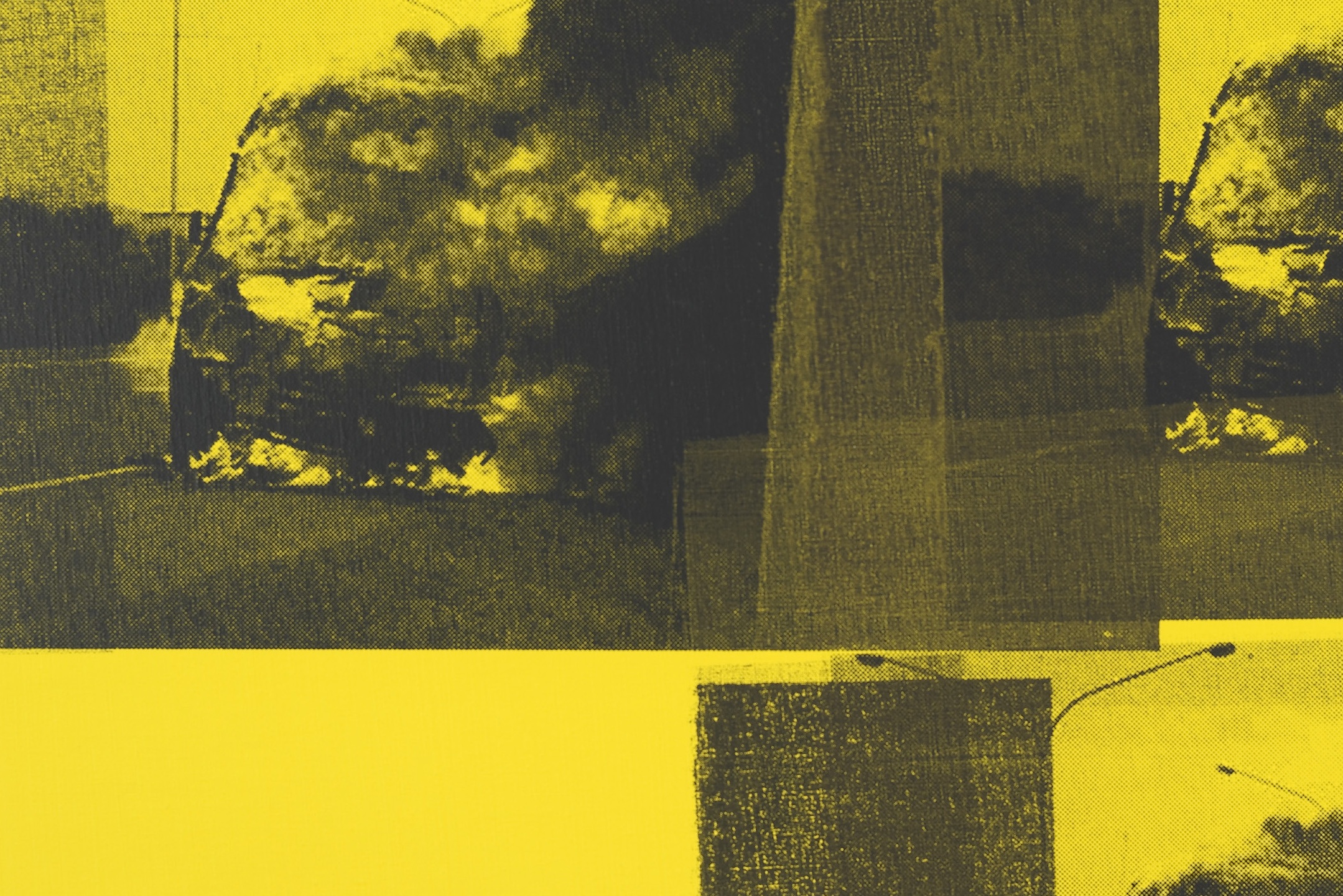 On the occasion of the 55th Venice Biennale, the Gervasuti Foundation is proud to present Vanacular, a site-specific project by British artist Gavin Turk. This installation is comprised of a selection of works based on the artist’s ongoingTransit Disaster series. The title is a pun on ‘van’ and ‘vernacular‘, a metaphor implying the social connotations that the iconic white Ford van of the ‘90s represents in British society and a paradoxical play on the Venetian urban context, a city without roads.  Vanacular reconfigures a language of identity between that which is considered an accident of fate and that which is invested with intent, both in art and in life.

Turk often recycles famous art historical imagery in order to make contemporary societal correlations. Vanacular revives the classic pop-art technique of silk-screen-on-canvas while referencing the works of its most celebrated exponents Andy Warhol and Robert Raushenberg with his 18 metre long Currents (1970). Inspired by Warhol’s famous Death And Disaster series (1962-3), which were derived from photographs of fatal car accidents taken from newspapers, Turk’sVanacular comprises a site-specific 27 metre long canvas with a selection of sourced images of crashed and/or burnt-out Ford Transit vans.  The expressive shapes of the distorted metal, every scratch as if charged with meaning, also allude to the underlying social tensions that led to the 2011 London riots which some of these images come from.  The repeated still images silk-screened in a ‘Warhol style’ range of colour combinations produce an animated effect as if to suggest a disaster movie. The orchestration of colours enhances this sense of motion which in turn effects a transformation or change from the stasis of the crashed vans into a new energy or lifeforce.

Transit Disaster series is not merely a pastiche of Warhol’s famous car crash paintings since Turk replaces the American car with an image of a white transit van, a symbol of a disappearing era of working class Britain. Vanacular also relates, albeit indirectly, to the term ‘Fordism’, the notion of a modern economic and social system based on an assembly line system of mass production for a mass market. Turk’s Vanacular represents a visual manifestation of urban unrest, which through continuous clashes and disasters is heading towards a materialistic mutation.

BACK
BACK TO TOP